In this article, we will understand SAP Forms tools. SmartForms technology allows designing print forms. By replacing a paper document with an electronic form, potential errors are reduced, and the process is made more transparent and trackable throughout the system (the form is linked to SAP, but the staff member is not).

What is SAP Forms

It is widely used for Print and sending SAP documents such as invoices, order confirmations & Delivery notifications, etc. Smart Form allows developers to use this program to create online forms, PDF files, e-mails, and papers. The utility provides an interface for creating and maintaining a form’s layout and logic. SAP also has various forms for business operations, such as invoices for customers, vendors, payment advice which is already catering Sales and Distribution (SD), Material Management(MM) & Financial Accounting (FI).

Instead of utilizing a programming tool, the tool allows you to alter forms using basic graphical tools. which help the business user with no programming skills they can easily fill out these forms with information for a business process only

The form might be interactive, or it can simply be a printout with no editable elements. Interactive forms can be completed either online (with SAP integration) or offline (without SAP integration). The form can be sent by e-mail, saved to a local disc, completed offline, and returned. The form, which is built on SAP NetWeaver Portal, can also be posted using Web Dynpro technology.

Developers working in the SAP environment can employ a variety of technologies for creating interactive forms. Interactive forms can be generated through SAP NetWeaver Studio or using SE80 Both settings are integrated with Adobe LiveCycle Designer, a tool used to develop the forms.

The entered data and layout information are stored in Adobe forms using the XML format. The procedure of transmitting information between the SAP system and end-users has been made standardized thanks to this standard. The PDF format allows any sort of form to be supported, and it will look nearly identical to its printed counterpart. As a result, users who are used to the layout of hardcopy forms will find switching to the electronic version relatively simple.

ABAP programs must “call” them in order for spools to be generated and ready to print.. When a smart form is active, a function module is created that must be called by an ABAP program. You should never take the name of this function module at face value, as it may change after import in each system.

Data is retrieved from both static and dynamic tables in a Smart Form.. The table heading and the subtotal is specified by the triggered events and the data is then sorted before the final output. it includes visuals in a Smart Form that can be displayed as part of the form or as the background. If necessary, you can also turn off a backdrop graphic while printing a form.

Data is retrieved from both static and dynamic tables in a Smart Form. The triggered events define the table title and subtotal, and the data is then sorted before being produced. You can include visuals in a Smart Form that can be displayed as part of the form or as the background. If necessary, you can also turn off a backdrop graphic while printing a form.

In SAP, how do you make SmartForms?

Update the name of a new form on the first screen.

Form Builder will appear in the screen. Form Builder has three basic tabs to control the smart forms

In an SAP smart form, regulate the flow processing for the tree hierarchy defined in the navigation pane. By Double click on Node with the condition, We can check specific logic or condition with two operands in the condition tab.

You can print smart forms in the Output Text format, as well as a variety of additional output formats for various purposes, such as XML for smart forms and HTML for displaying a form in a web browser. Some of the most often used output formats are listed below.

We hope you found this article helpful in understanding the SAP Forms for beginners. Here are a few articles you should read. 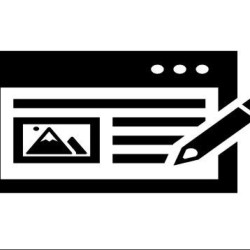